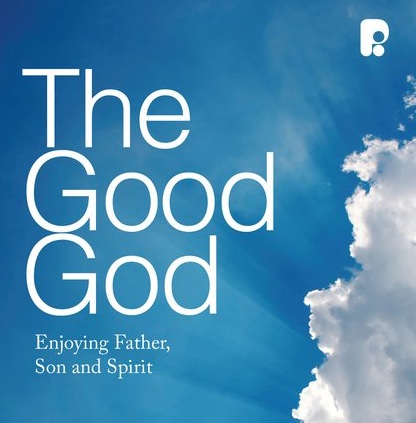 A book review by Peter Glenn

Over the last while, I have read Michael Reeves’ “The Good God”. This book is about trying to understand the Trinity in a way that is much deeper than using illustrations that may be narrow and do not explain the Trinity effectively.

I had always thought of the Trinity as a shamrock or an egg, or after chemistry class, a water molecule. But God, when portrayed with these examples is an ‘impersonal thing’. With the shamrock, the three parts of the Trinity are three leaves that are stuck to a stalk – all separate apart from one point. With the egg, all three parts (shell, white and yolk) are completely different. With the water molecule, two parts are the same and one part different, and they aren’t all connected to each other. We cannot explain the Trinity in human terms using human examples.

However, our God is different from other religion’s gods, and this book helped me to realise this in a different way. I had been taught in RE in school that the Christian God is the same as the Islamic god Allah, just without the Son and Spirit. But because our God is a Trinitarian God, this proves to us that he is capable of love. The Father, Son and Holy Spirit have spent all of eternity past with each other, and their love for each other spilled over and inspired them to make all of creation. Allah would have been alone for eternity past, and therefore he has no one to love. One of Allah’s 99 names, which are supposed to describe him in eternity, is ‘the loving’. According to Reeves, this isn’t a self centred love, but love for others. How could Allah love eternally others when there were no others to love? This also raises the problem that Allah will have to rely on his creation in order to fulfil his name as ‘the loving’.

Throughout the book, Reeves deconstructs our faith down to it’s most basic foundation and builds upon that. He simplifies the doctrine of the Trinity and makes it a less formidable topic. This book has really helped me to understand God more, and by extension, the three parts of the Trinity and their relationship with each other. It’s such an easy read, and would highly recommend it for anyone interested in understanding how the Trinity is essential and fundamental to Christianity.